Why Did Russian Cyber Forces Beat Their U.S. Adversaries in 2016? The Answers Is Rooted In The State Of Education In The U.S.

(this is a copy of the post originally published at https://teachologyforall.blogspot.com/2017/04/cyber.html) 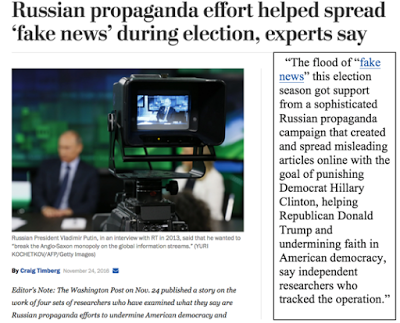 Cyber threat is only one of many the Country is facing these times.
When politicians and experts discuss what is the biggest threat to the national security, they also name climate change, mass migrations, Russia, ISIS, federal debt, income inequality, and many others (http://www.nytimes.com/roomfordebate/2015/09/02/whats-the-greatest-threat-to-us-national-security).
However, what we all need to accept is a simple fact, that whatever threat the Country faces, whatever problem the Country needs to solve, that threat is not going to go away on its own, that problems will not be resolved on its own; only people who have sufficient knowledge and adequate skills – including reasoning skills – will be able to grasp, design, and enact the needed, effective, and efficient actions and counteractions.
That is why the most important capital any country can have is the human capital.
That is why the biggest threat to the national security is presented by the decline of the human capital; both, quantitatively – a negative birthrate, or qualitatively – intellectual stagnation.
This is why the intellectual heal of the nation should be treated with the same important and urgency as the physical health of the nation.
Unfortunately, the facts show the opposite.
“Nearly a half of PhD aerospace engineers, over 65% of PhD computer scientists, and nearly 80% of PhD industrial and manufacturing engineers were born abroad.”
“The number of U.S. citizens and permanent residents earning graduate degrees in science and engineering fell 5 percent from its peak in 2008. At the same time, the number of students on temporary visas earning the same degrees soared by 35 percent.”
“According to a 2016 survey of 400 employers from across Massachusetts, 75% said that it was difficult to find people with the right skills to hire in Massachusetts.” “Respondents find deficiencies in the readiness of new hires, not just in “applied skills” like teamwork, critical thinking and communications, but also in simple reading, writing, and math.”
It has become a common place to present interviews or surveys where business leaders and business owners complain on the low level of skills of domestic workforce.
Numbers say that, essentially, the U.S. education system does not produce the domestic work force with the adequate set of skills and the sufficient volume of working knowledge.
If this issue will not be addressed forcefully and in time, the various U.S. services, including the intelligent services, will be predestined to play a catch-up every time after the next anti-American attack, which may happen in the economic area, cyberspace, or within the American territory.

Some additional links on the matter:

There are at least two versions of the famous quote
“Every nation has the government it deserves.”
https://en.wikiquote.org/wiki/Joseph_de_Maistre
or
“Every nation has the government which it is fit for.”
http://www.quotecounterquote.com/2010/01/every-nation-has-government-it-deserves.html
I would like to offer a modification.
“Every democracy has the government which is as smart as the most of the people”.
© Valentin Voroshilov (Nov. 2017)
That is why good public education is crucial for a democracy.
That is why everyone who is against good public education is automatically against a democracy, hence against the Constitution of the United States.
Posted by Dr. Valentin Voroshilov at 6:19 PM