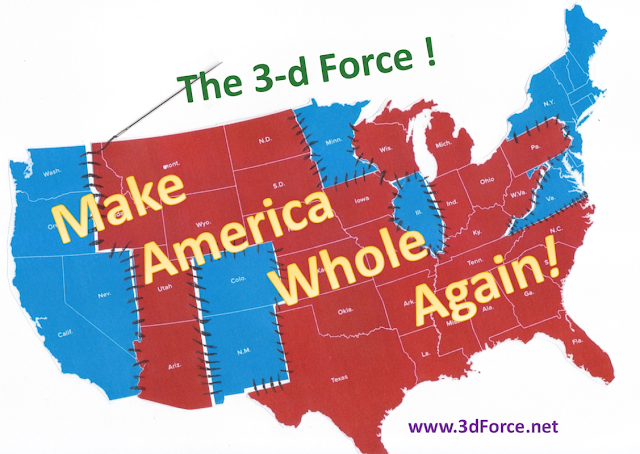 Everyone who does not trust neither the Republicans nor the Democrats in their ability to govern our Country is one of us!
We all may have different reasons for that.
Based on the 2016 elections, and the following events, I believe that – at least in Washington –  most Republicans are generally smart but evil, and Democrats are generally nice but stupid (or dumb, or choose whatever word you prefer to describe their inability to think).
And both parties are in the pocket of big money.
And I believe, that there are millions and millions of people, who see the things the same way.
If you truly believe that neither the Republicans nor the Democrats can navigate the country in the right direction -
this is your time!
This is our time! 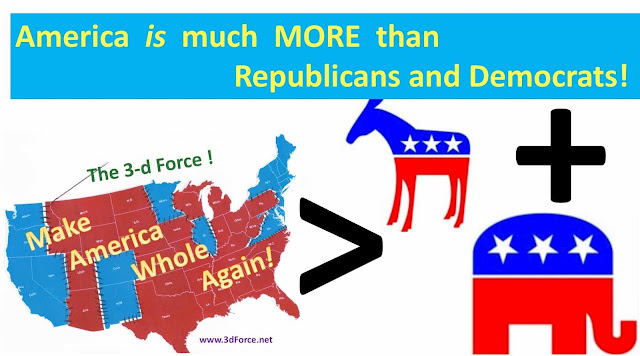 Your fellow Independent,
Valentin Voroshilov
You can reach me at
mawa@3dForce.net

If you want to join or to support the movement, or to volunteer, please send me an email.
Currently, the only way to financially support he movement is through the PayPal button below (currently it is linked to my business name TeachOlogy Consulting, but I am working on setting up a campaign at www.crowdpac.com; as an amateur in setting up online business communication, this is where a professional coder could help).

Some intro about who I am.
I was born and grew up in Russia.
This link http://www.teachology.xyz/vv.htmleads to more on my professional experience.
In 2002, I moved to the U.S.A. to escape the presidency of Vladimir Putin
(I am NOT a Russian spy :)  ! ).
I have been living a quiet life of a math and physics instructor, until Vladimir Putin has essentially chosen my new President (at least, so I think so far).
I have been posting my thoughts on the matter on my blog. All those posts represent my life philosophy, my political views, my ideals and dreams.

1. Why did Hillary Clinton Lose the Race? Or. Conformism and Arrogance of The Establishment. And. What To Do Now?


4. Democratic Party Leaders Have No Vision

5. "The True Role Of The Third Party In The U.S. In The Current Political Environment", or "What Do We Really Need From The First Truly Third Political Party?"

6. Why I have NO Trust in Democrats

7. What should really differ a “Progressive” from a “Conservative”?

8. Ignoring sloppiness: a sign of tolerance or mismanagement? And how did it affect 2016 election.
http://the3dforce.blogspot.com/2017/06/sloppiness.html

9. “Being Polite” versus “Being Nice”; what is the difference for a debater?

10. Peering through the fog of brainwashing.

And this link   http://www.gomars.xyz/op.html  leads to even more post on the matter:
Bye-Bye The Pathetic Democratic Party! (one way or another)
Liberals! Stop living in a bubble!
What is wrong with being “neutral journalist”
Who will be the real President of the United States?
What Could Liberals Learn From Physics?
Intellectual stagnation, social conformism, and the crisis of logical communication.
Liberals, stop whining!
American Republicans are just Russian Bolsheviks!
The election is just over. What's now?
“A failure of imagination” has lead to 11/08/2016.
Were Democrats Doomed, or There Was a Path to The Victory, and Does It Still Exist?
A mob revolution
To Nancy Pelosi
Posted by Dr. Valentin Voroshilov at 9:57 AM