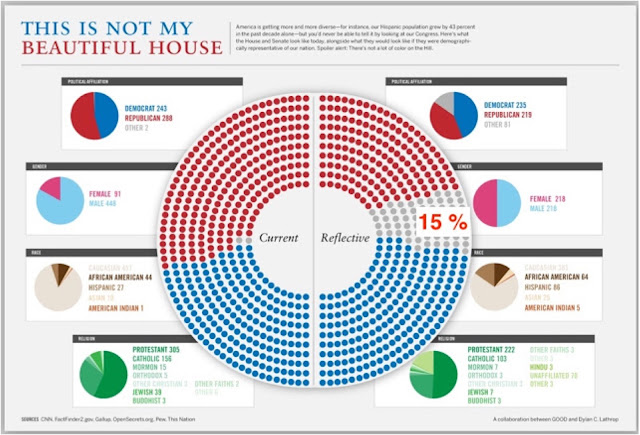 Also read "The Degradation of The White Male American Elite"

Today, 10/14/2018 I have learned that there is an organization Unite America, which offers a view similar to mine expressed in this post, which was written on 4/8/2017. I don't know yet anything about this group, except what the wiki say.
_____
Sorry, it is a long post, but nothing related to beating Trump is trivial, hence not easy or short.
The central point of the post is simple: every politically active progressive person needs to make a choice; in 2018 and later, what is more important, "Bringing Democrats in Congress to the majority" or "Bringing Republicans in Congress to the minority"? Because "Bringing Republicans in Congress to the minority" is NOT the same as "Bringing Democrats in Congress to the majority". Hence, these two different goals will require two different political strategies.
In particular, for "Bringing Republicans in Congress to the minority" the creation of the third political party may play a crucial role.
*****
There is almost nothing in the world that is absolutely good, or absolutely bad. Even poison can heal when used in small doses.
I see at least one positive outcome from the Clinton's loss.
Imagine that for a long period of time your stomach was giving you some issues: dull pain, gases, and eventually your doctor sent you to do CT scan. Turned out, you have a gastritis. However, the scan also captured some parts of your lungs. Turned out you also have an yearly stage of a lung cancer. Who knows how late could it be to catch the cancer if your stomach would not force you to get to the scanner. Now, at least, you have a good chance to treat it. A year or two without catching it up, and it could have been too late.
During his election campaign Donald Trump was like that gastritis; worrisome, aching, but not deadly dangerous. The Election Day was like a CT scan, which showed that the problems were - and are - actually much more serious than almost everybody thought.
This knowledge IS the positive outcome from the Clinton's loss.
Hopefully, "the cancer" has not yet metastasized all over the "body". But it is clear that (a) we need a deep and serious analysis of all the reasons for the Trump's victory; and (b) the strategy to beat Trump's troops in 2018 and 2020 cannot be based just on the hope that people would eventually see how bad Trump is ("Trump is BAD" strategy did not lead Hilary Clinton to the victory; http://the3dforce.blogspot.com/2017/04/why.html); that strategy needs to be based on a drastic revision of all previously "obvious" knowledge about politics and approaches to do the politics.
I want to start from this question:
what do all these people: Deborah Wasserman-Schultz, Donna Brazile, Barack Obama, Vladimir Putin, Steve Bannon, Gary Johnson, Jill Stein – have in common?
They all helped (differently, of course!) Donald Trump to become the President.
I can feel the wave of resentment! How could I say that Obama helped Trump?!
Please, calm down. I have my reasons to say what I just said. You do not have to agree with my reasons, but it could be useful to see the logic my reasons are based on.
Deborah Wasserman-Schultz and Donna Brazile pushed for the wrong candidate, even when they needed to remain neutral.
Barack Obama has disengaged from the internal party politics he was too neutral (even when Clintons pushed Biden out).
Vladimir Putin created a massive cyber force specifically designed to help Trump to win.
Steve Bannon designed the strategy for mass brainwashing and mind manipulation (which was and still is literally a copy of a KGB/FSB/GRU playbook on disinformation; just Google “disinformation”, or read memoirs of Ion Mihai Pacepa).
Gary Johnson and Jill Stein took votes away from Hillary Clinton (for example, read http://www.msnbc.com/rachel-maddow-show/third-party-voters-played-key-role-election-results).
If those Americans who voted for Gary Johnson or Jill Stein would be voting Democratic, Hillary Clinton would win (for better or worse – that is a different discussion). 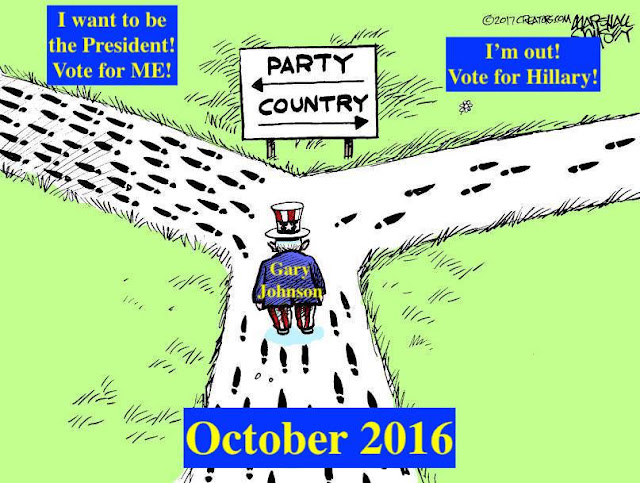 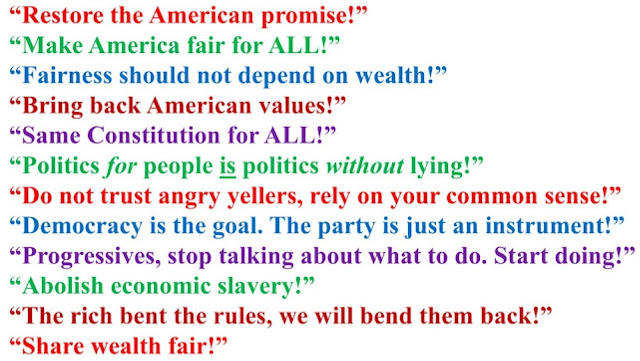 
Everyone who thinks that a third-party candidate will become the President is an idiot.
But everyone who thinks that a third party is politically irrelevant is even bigger idiot.
*********
Some old post on the matter:
The Biggest Lesson From The Election: What Did the Democrats do Wrong?
Bye-Bye The Pathetic Democratic Party! (one way or another)
Liberals! Stop living in a bubble!
What is wrong with being “neutral journalist”
Who will be the real President of the United States?
Statement of Massachusetts Democratic Committee.
Why did Hillary Clinton Lose the Race?
What Could Liberals Learn From Physics?
Intellectual stagnation, social conformism, and the crisis of logical communication.
Liberals, stop whining!
American Republicans are just Russian Bolsheviks!
The election is just over. What's now?
To everyone who has been emotionally attacked, called names, threatened, verbally degraded!
“A failure of imagination” has lead to 11/08/2016.
Were Democrats Doomed, or There Was a Path to The Victory, and Does It Still Exist?
A mob revolution
To Nancy Pelosi
Posted by Dr. Valentin Voroshilov at 5:18 PM