Democratic Party Leaders Have No Vision

Hey fellow Democrats!
Did I tell you that the leaders of our party have no vision?
If not, here it is.
The leaders of the Democratic party have no vision.
I have been writing about it for quite a while, for example, check this: http://www.gomars.xyz/op.html
And the events of the past Friday confirmed my statement one more time.
Every single liberal media outlet makes fun of Republicans – something in the line: “Republicans had seven years to prepare the ObamaCare replacement, and they couldn’t, ha-ha!”.
Well, this statement goes both ways.
Democrats have known very well that Republicans would try to replace ObamaCare.
And what did they do?
NOTHING!
What they should have done is quietly working on a counter bill.
The minute Paul Ryan made his announcement
about not presenting the TrumpCare bill,
Democrats had to announce their own bill which would aim
to improve those parts of ObamaCare which everyone keeps criticizing.
Instead, Democrats just didn’t vote.
Now they give the advantage back to Trump.
After sulking over the weekend, he will announce on Monday or so, that he will reach to Democrats with a new offer on a healthcare bill.
And when he will do that, it will be HIS initiative, and eventually – HIS victory.
Our leaders do not understand that today Donald Trump presents the biggest threat to our national security.
Anything what makes him stronger only increases that threat.
But our leaders seems following the general sentiment: "Let's give him a chance", maybe he will change".
This link leads to some of the words said about Donald Trump by a respectable Republican, former governor of Massachusetts Mitt Romney : https://www.boston.com/news/politics/2016/12/01/here-are-all-the-harsh-things-mitt-romney-said-about-donald-trump
Including “a con man, a fake”.
Nothing changed since then.

But our leaders do not WANT to see it.
It is like our leaders dug in trenches. When an enemy solder gets to the edge of the trench, they wound him, and they scream “We win! We win!”.
NO, YOU are NOT!
You are still in trenches scared to raise your head above the edge!
Tom Perez sent “me” an email:

Tom Perez, we know that the only reason the bill did not get to a vote is because some of the Republicans did not like it. Why? Who cares! It still was NOT because of you!
Tom Perez, when do you plan to attack??
Tom Perez, do you even have a plan for an attack??
Our Democratic leaders became senior pensioners, for whom the best news of a day is the absence of bad news.
It is our duty to tell them how deeply disappointed we all are.
****
An update.
A day later
1. Trump announced his willingness to work with Democrat
and
2. Senator Sanders announced he will introduce a bill to fix issues within ObamaCare 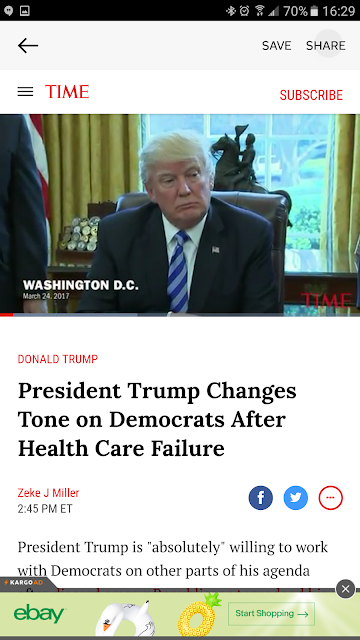 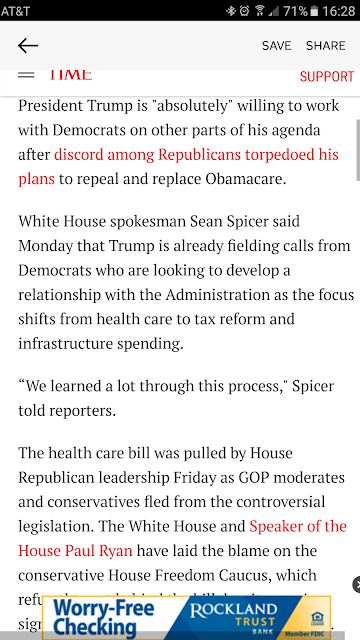 x
Posted by Dr. Valentin Voroshilov at 9:09 AM