I always use an opportunity to vote yearly. No lines!
This election cycle my vote was based on a specific strategy.
In a red state "everyone" needs to vote democratic.
Here "everyone" means "who is not sure how to vote".
People who for a long time have been voting in a certain way will not change their vote (they do not want to upset their political tribe).
In a blue state - where I am -  "everyone" needs to vote according to this calculation:
1. Republican v. Democrat => vote Republican.
2. Republican v. Democrat v. 3d-element => vote 3d-element
3. Democrat (no opposition) => vote for no one.
Why?
Because the Democrats need to see their numbers falling down.
they need to be shaken, they need to be scared, because they still think that 2016 was a fluctuation. They still have no idea what and why happened and what to do.
The Republican represent a strong political force; they have goals and a strategy. We may not like those goals and that strategy but we need to respect their determination and skillfulness.
The Democrats have no specific goals, no strategy.
And they are stuck in 20-years old thinking.

Posted by Dr. Valentin Voroshilov at 7:04 AM No comments:

on April 8, 2017 I wrote a large paper on the true mission of the third political party. 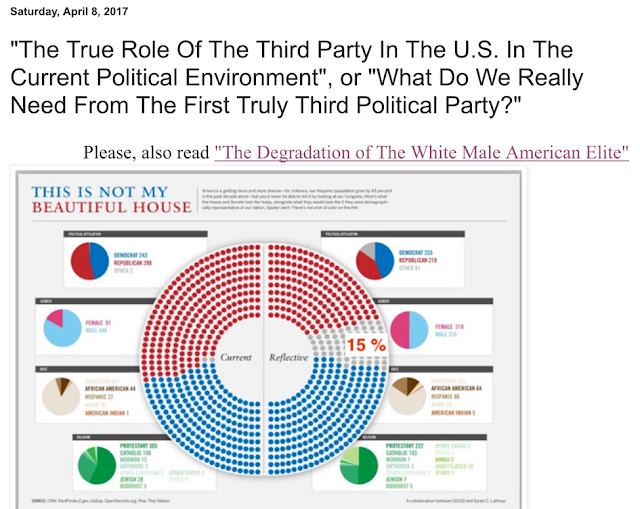 Later in the following papers I've clarified my views on the matter. At the time, I didn't know about the existence of your Unite America group. I only learned about you and your project yesterday from the media.
Quickly checking your website, I realized that your group has declared the political strategy similar to the one I have described in my posts. 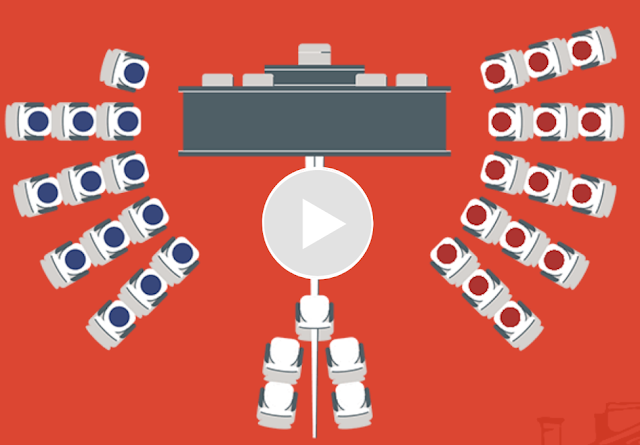 You called it the “Fulcrum Strategy”.
I also have found that from 2013 your group called The Centrist Project, and changed the name in January 2018.
I don’t know if your Fulcrum Strategy was influenced in any way be one of my posts, or not (I am still waiting for your book The Centrist Manifesto), but it does not matter, because it appears that you using the strategy in a wrong way.
Or at least it seems like you have misunderstood the main idea of the purpose of the third political party.
No doubt, ultimately it would be a great achievement if the third-party candidates, or independents would be elected into various entities of the government.
However,
the political mission of the third party is not electing third-party candidates, but helping the best candidates to be elected.
If some day from now the best candidate will be the third-party candidate, that will be just great!
But in the current elation cycle expecting that a non-Republican or a non-Democrat would have a good chance to be elected is just not realistic.
And the motto of the third-party is “We are realists who help making the future better!”
Realistically, in the current environment a third-party candidate would not attract enough voters in order to win the election. So, about two weeks before the election day, the third-party candidate should address to his or her followers and to urge them to give their votes to the best candidate, who, again, in the current political environment, is a Democrat.
I'm afraid that your strategy of promoting third-party candidate to the very end will hurt democratic candidates in close races, and actually will help to elect Republican candidates, which had happened before (including 2016 presidential election).
Pursuing  this strategy can only deter people from your group.
Sincerely,
Dr.Valentin Voroshilov
Appendix
I got the book. 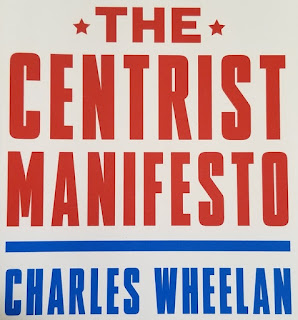 And it is clear Dr. Wheelan and I have independently come up with the idea of having a small number of independents in a Senate to rule it.
But Dr. Wheelan stopped just there.
He wants to create another party, like many other 3d-party enthusiasts. 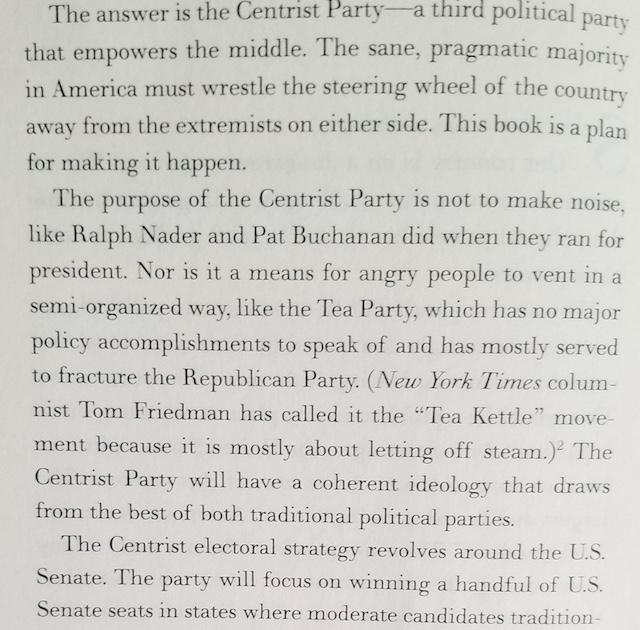 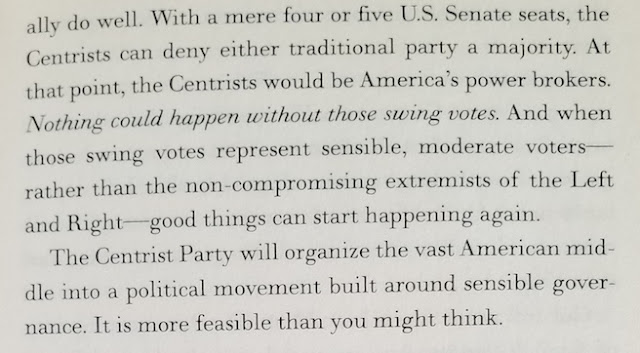 And that makes him (and his party) no different from any other 3d-party enthusiast, i.e. delusional narcissist (delusional narcissists).
As I stated before, the main purpose of a 3d-party is not promoting its own candidates, but helping the best candidates to get elected. This approach requires humility, humbleness, and even sacrifice, because one has to spend a lot of energy on helping others to get elected. But in return the party gets noticed, then gains respect, then trust, and then - only then - it can count on electing its own members.

BTW: How I voted

Posted by Dr. Valentin Voroshilov at 10:53 AM No comments: 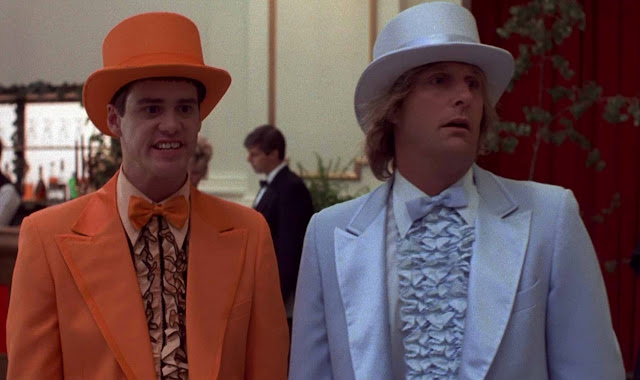 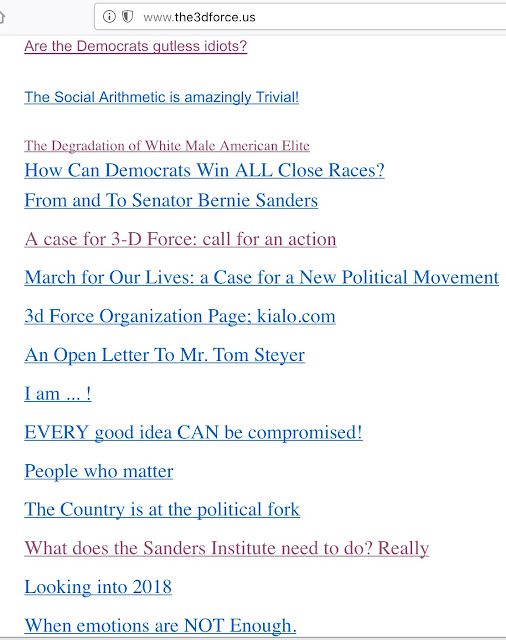 Posted by Dr. Valentin Voroshilov at 9:11 AM No comments: